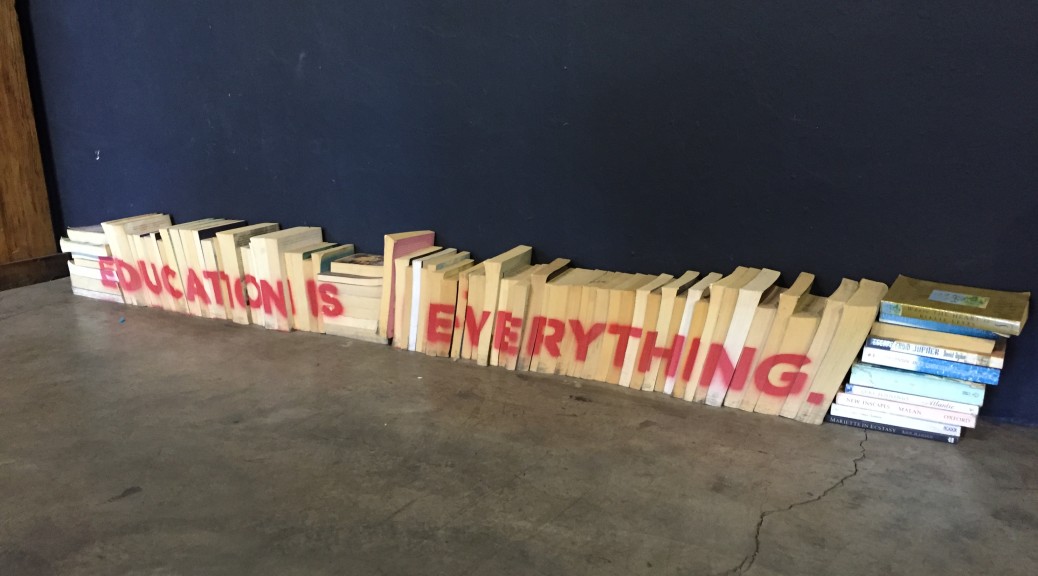 From the Amakhosi Lodge near Pongola we first went to the dreary municipal campsite of Bethal and the next day to Johannesburg to meet with Lorna, a former colleague and friend of Stephanie’s.

As our GPS navigation system was behaving weirdly we were sent through various suburbs including Benoni -next to where Stephanie did her work experie Greatnce twelve years ago- and the (in)famous Hillbrow downtown. This was or first Jo-burg ‘adventure’.

With Lorna we went to the up-and-coming Maboneng Precint, an area where food and art culminate in the midst of Jo-burg.

After spending some great days with Lorna and David (also a friend/former colleague of Stephanie’s) we went for an overnight trip to Pilanesberg. This National Park is only a few hours ride away from Jo-burg but captives a large density of game.

There we had a great campsite with some of the (less-dangerous) game running past and a fabulous game drive in the morning showing us four out of the Big five, including three lionesses on the hunt. Great adventure!

AS on the way to Pilanesberg we heard a funny rattling from under the car, we decided to have it looked at as well as get the slave cylinder of our clutch fixed. After trying many of the official Land Rover dealers (which come up first if looking for a Landy repair shop) we found “Adventure rovers” not too far from Lorna’s place. So there we went and met Marc who did a great job changing the clutch cylinder and our front propshaft (which happened to be worn after less than 6.000km  🙁